June 13, 2021
·          The first suggestions to start a museum for Madras were made by the Secretary of the Madras Literary Society in 1843. Since 1828, the Madras Literary Society had been accumulating a collection of geological specimens. In a letter to the Chief Secretary of the Madras government on November 10, 1843, the Secretary of the Madras Literary Society suggested that the government start a museum for economic geology. ·         In a letter to the Chief Secretary of Madras dated December 5, 1843, Major-General W. W. Cullen, the British Resident at Travancore,   also suggested the opening of a central museum at Madras city with branches in all the districts, if possible, at the district collectorates. ·         The next year viz 1844, Henry Chamiers, a member of the Governor’s executive council discussed the two letters and recommended the setting up of a museum linked to the proposed University of Madras. The recommendations were accepted by the Government of Madras which forwa
Post a Comment
Read more

The man who measured skulls of living people 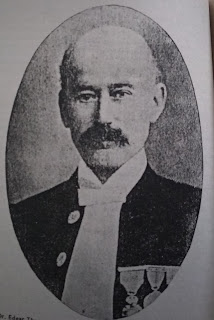 Edgar Thurston (1855-1935), who was Superintendent of the Madras Government Museum from 1885 to 1908, was also perhaps the most flamboyant of the lot. He was a champion of the science of anthropometry and eyewitness accounts from the period testify that he would invite visitors to the anthropometric section of the museum to have their skulls measured. Today, Thurston is remembered for the monumental seven volume Castes and Tribes of Southern India (1909) that he compiled with the assistance of K. Rangachari. Though science has invalidated many of the anthropomoteric techniques he used, the work is still frequently consulted by scholars for the wealth of information it contains. He also authored a work on the omens and superstitions of southern India. As part of his research work into his Castes and Tribes of Southern India, Thurston took skull measurements of a few individuals from every caste/tribe. Based on these sample measurements, he would calculate cephalic indices (which i
Post a Comment
Read more

Yatha ahu vairyo ... A brief look at the history of the Zoroastrian religion

March 28, 2017
As India's Parsis celebrate the Udvada festival between December 23 and 25, I thought of writing an article on the Parsi faith and its history. The post's title  Yatha ahu vairyo is derived from from the most sacred Zoroastrian prayer the Ahuna Vairya or Ahunwar which is as important to Zoroastrianism as the shahadah  or declaration of faith to the Muslims, Om mani padme hum to the Buddhists and the Gayatri Manthra to the Brahmans. The text of the Ahuna Vairya reads Yatha ahu vairyo, atha rathush ashad kit hakha Vangheush dazdha manangho skhyothnanem angeush mazdai Kshatremcha ahurai a Yim dregubyo dadad vastarem The shloka has been translated with different meanings by different scholars who have till  now not been able to arrive at a common consensus. but the most authoritative interpretation was given by Martin Haug As a heavenly lord is to be chosen So is an earthly master. for the sake of righteousness,  to be a giver of the good thoughts of the actions
Post a Comment
Read more

The Men who wrote Hobson-Jobson 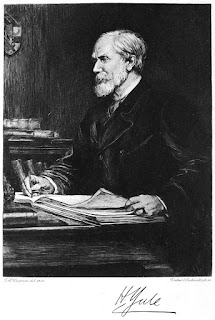 Portrait of Henry Yule from the 1903 edition of The Book of Ser Marco Polo, edited by Henri Cordier The Hobson-Jobson was a dictionary of Indoisms compiled at the end of the 19 th century. It probably anticipated the curry invasion and the social acceptance of strange, foreign accented creoles in the United Kingdom by about a century. Back then, however, scarcely any Indian who wasn’t of the well-bred princely sort or couldn’t speak impeccable English made it to the United Kingdom and the prime carriers of such Indian-infused creole were either   Eurasian   (Anglo-Indian) or Britons who had spent their careers and possibly their lifetimes in the subcontinent   and now sought out a quiet retirement   in a blighty they had not seen for decades.      The authors of the Hobson-Jobson were two very interesting gentlemen – Sir Henry Yule and Arthur Coke Burnell. Yule is well known for his translation of Marco Polo’s travels that became a bestseller. He came to India as an officer
Post a Comment
Read more

January 01, 2017
In an article titled “India’s Parthian Colony” published in The Iranian on May 14, 2003 , Dr. Samar Abbas wrote that the Pallavas of South India had descended from   the Pahlavas of Iran   and attributed   their persistent conflicts with their neighbours the   Chalukyas to an obscure, far-fetched theory that the Chalukyas   were descendants of the Seleucids, whom the Pahlavas overthrew to capture power in Iran. Though Abbas’   unscientific   paper deserves little more than cursory mention, the theory itself cannot be brushed aside as a farce simply because it had also been suggested by the famous South Indian epigraphist and Pallava expert V. Venkayya   who had worked with Hultzsch in deciphering the Mamallapuram inscriptions.   Who were the Pahlavas! According to sources that date from the time of the Achaemenids, like the Turks and Mongols who came later, the Pahlavas or Parthians were a tribe of horsemen who inhabited the wild country called Chorasmia (now   forming   a par
Post a Comment
Read more
More posts